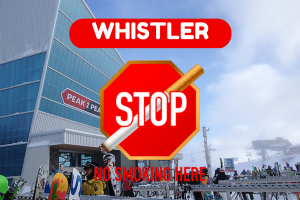 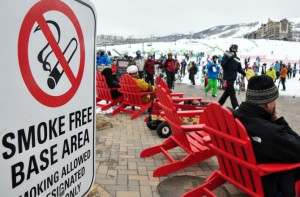 The decision was made for health reasons and to reduce the risk of forest fires, Brownlie said.

“By taking this important step, Whistler Blackcomb is demonstrating it is a strong ambassador for health. We know many young people ski and snowboard, and youth who haven’t started using tobacco by the time they are 26 years old will most likely never start,” Dr. Paul Martiquet, Vancouver Coastal Health’s medical health officer, said.

“Eliminating smoking in public places, such as on our mountains, creates healthy role modelling so youth, and others, are less likely to even consider using tobacco.”

Pretty bold move, but then again they are one of the largest ski resorts in North America. Are they alone in this decision or have other resorts taken the same stand… 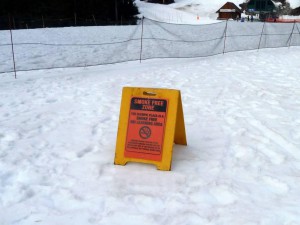 In a rating of environmental friendliness in Canadian ski resorts by www.skiresort.info there are a handful of ski resorts who have also chosen to have smoke free slopes, namely Mont Saint-Sauveur, Cypress Mountain and Calgary/Canada Olympic Park.

In 2005, the New York Times story reports Black Mountain in Maine becoming the first ski resort in North America to ban tobacco use.

When Black Mountain opened for the season on Dec. 10, it became the first ski resort in the nation where tobacco use was banned everywhere, including the lodge, the alpine and cross-country trails, and the lifts, state and industry officials said.

Helen Coffey sums up the smoking and non-smoking resorts in a great article on May 28, 2015 in the Telegraph skiing news section, where you can also weigh in your opinion. 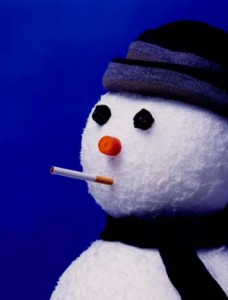 A post in the Opinion section of The Kelowna Daily Courier favours the decision.

Who could ever forget the anti-smoking campaign in Alberta showcasing a waitress, who had never smoked a cigarette in her life, dying of lung cancer caused by years of working in smoke-filled taverns. It’s impossible to argue with that.

Penticton Lakeside Resort general manager Dave Prystay made headlines in 2012 when he challenged city officials to ban all smoking anywhere in the city, using as an example Hawaii, where all walkways and beaches are smoke free.

Smoking is still permitted in Whistler in designated smoking areas as outlined in the Resort Municipality of Whistler’s Smoking policy. More information is available here: https://www.whistler.ca/services/bylaws-and-regulations

For more information about the Resort Municipality of Whistler’s smoking policy, visit https://www.whistler.ca/sites/default/files/bylaws/1884_2008.pdf. 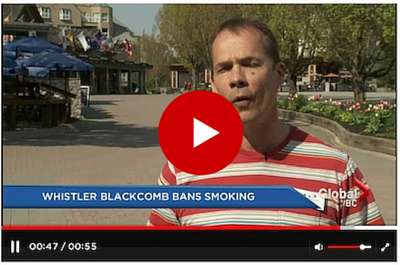